The next day I lounged around Bryan’s lovely Si Lom apartment, then spent the afternoon at HealthLand- Bryan’s local spa. 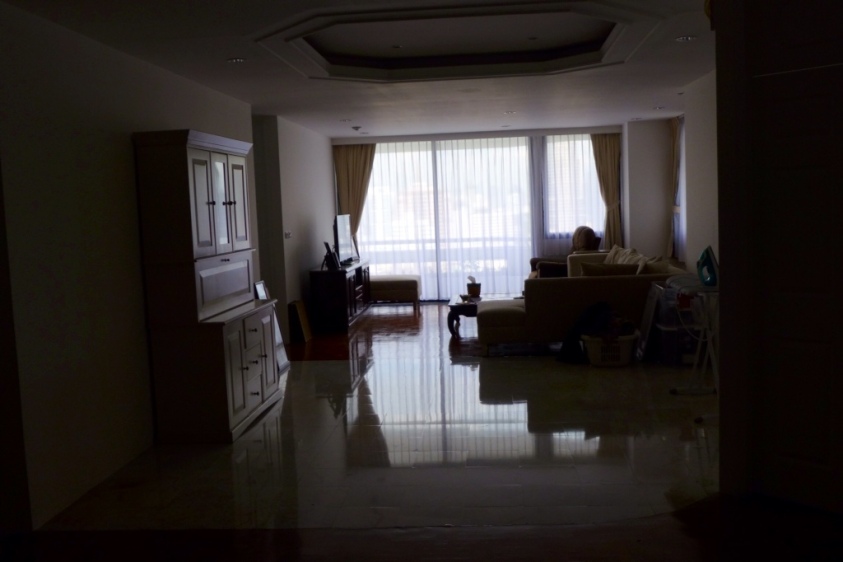 Bryan had a work engagement that evening and suggested I head over to Asiatique on the free ferry. I rode the Sky Train down to the ferry. I love the Sky Train- its clean, timely and has great air conditioning! 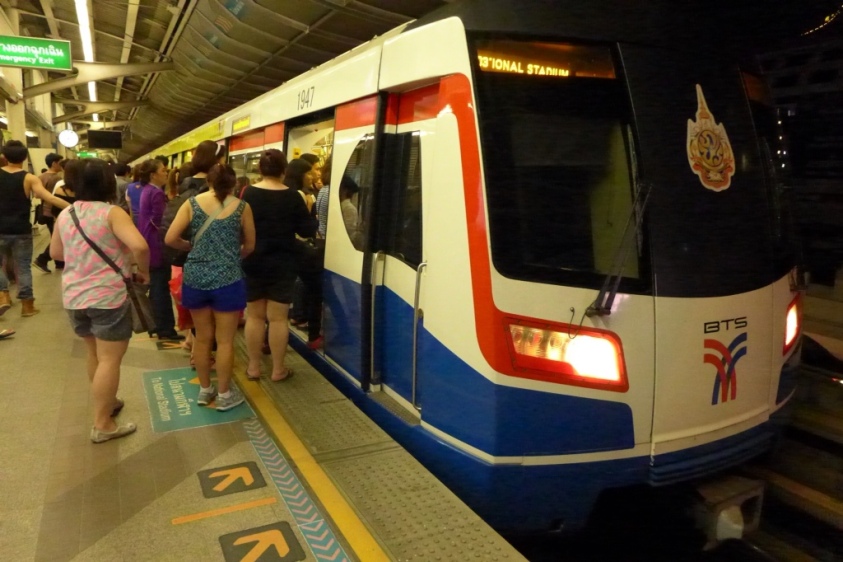 Asiatique is basically a fancy outdoor market with a giant ferry wheel and great food. I had a ham and cheese crepe for dinner ($2) and Japanese Mochi (soft rice paste cookies) filled with ice cream! Chang beer had a golden elephant that was cool.

Since I was on my 2nd week of traveling, I didn’t want to buy souveniers yet so I headed back to Bryan’s. The ride on the BTS costs about $1 each way. When I got off at Bryan’s stop (Chong Nonsi) there was all sorts of commotion! I crossed over the road and saw the street had been closed off for a festival. 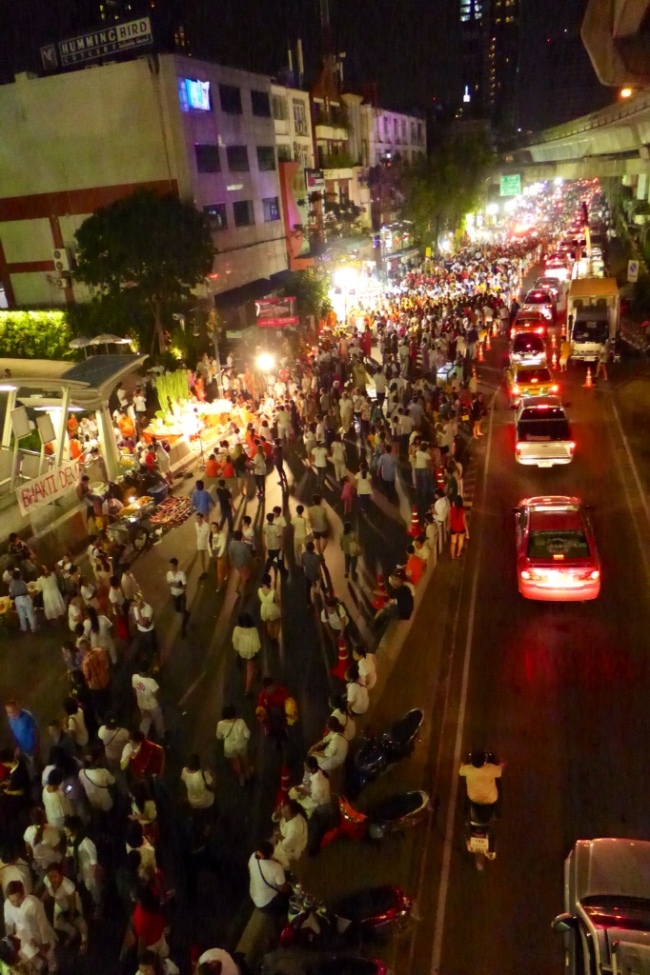 It was a parade for the Hindu celebration of Navrati.

There were drag queens leading revelers in song…

…and people were LITERALLY dancing in the stre

The parade started and the Bangkok police closed the train station pedestrian overpass… which was the only way I knew how to get back to Bryan’s apartment. So I decided to enter the fray and see what this party was all about.

The parade had a marching band and floats, like one would expect. I had been trapped on the wrong side of the street for 45 minutes & had decided that my best bet to get home was to cross thru the parade. 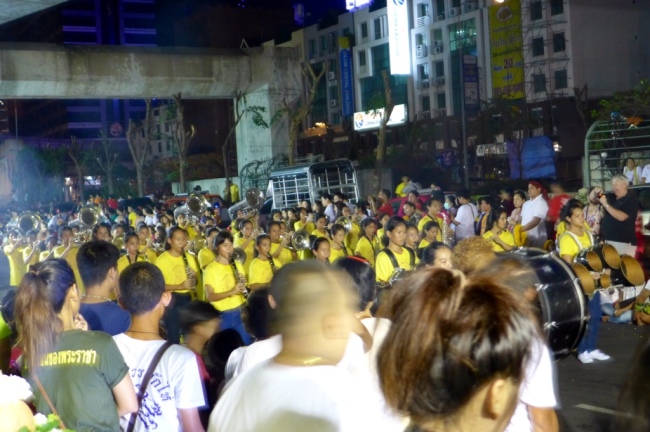 I had worked my way right up to the edge of the route and was preparing to dart across road when a guy with a 3 ft bamboo spear in his mouth and a bowl of fire came around the corner.

He was spinning and weaving and seemed to be in a trance. Just when I thought the mystic might burn a spectator, his bowl of fire was traded for a bowl full of red powder that he begain to fling into the crowd.

The woman in front of me threw her arms open and shouted to the guy. He turned and flung a handful of powder right in my face. I blocked most of it with my arm but I still managed to look like I had survived a bike accident. 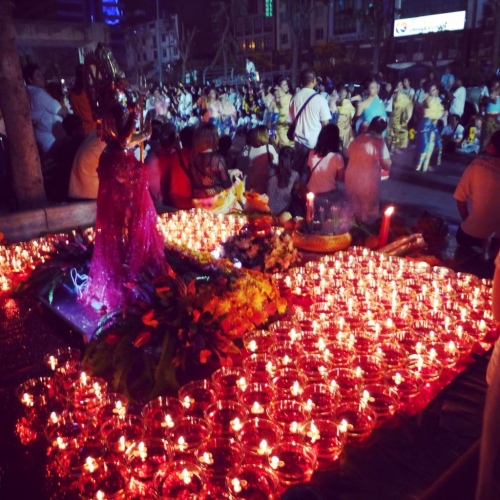 I made my way across the street and through the crowd of red-powdered revelers to Bryan’s. I didn’t realize I looked so terrifying until the security guard looked shocked to see me walk into the lobby. I had seen that expression once before, that one time at Uni when I face-planted off my bike. My roommate took me to the medical center with an open bag of frozen peas on my face and I left a trail of tiny green orbs in the waiting room. Ahh, memories!