*This post will be upsetting to most readers because it discusses a terrible event that should never have happened but continues to be repeated. 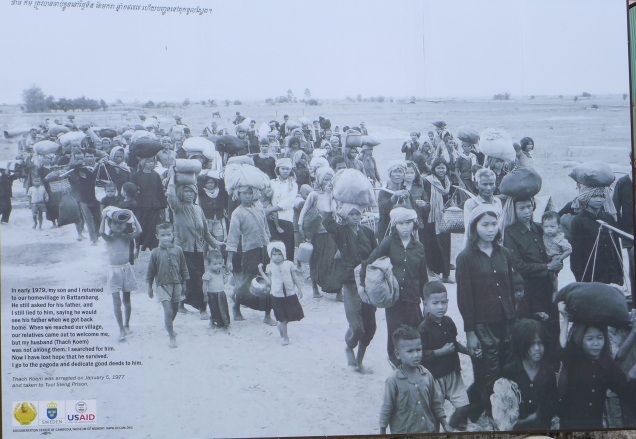 Yesterday was the 40th anniversary of the Khmer Rouge evacuation of Phnom Penh. Tanks rolled through the Cambodia’s capital city and the population was forced to march back to the countryside to grow crops like the Chinese Communists peasant society. Below is a map of the  evacuation.

Over the next four years, nearly 2 million people were exterminated as Pol Pot ‘purified’ the population. There are enough similarities to Nazi Germany that I can’t quite fathom this tragedy was still happening in 1979 not 1939. I visited Cambodia less than four decades later and the country is still recovering. 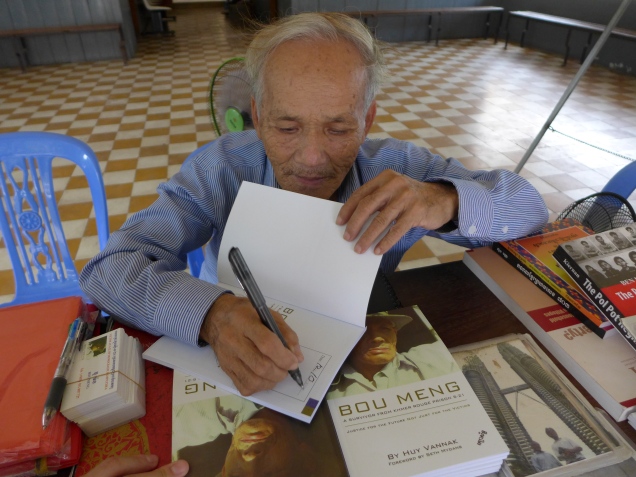 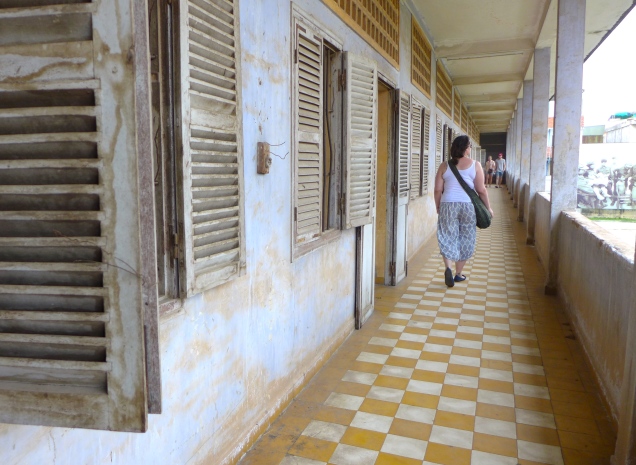 Tuol Sleng is a popular tourist destination for both local and foreign visitors interested in learning about Cambodia’s recent history and that history weighed heavy on me as I walked the corridors of this school.

Most of the rooms of the school have been left empty except for leg chains or a steel bed frame but brick cells have been built into the classrooms of one of the buildings.

Other rooms were filled with photographs like these, which documented each prisoner in a very systematic way. These photographs and detailed logs immediately brought to mind the comprehensive record-keeping done by the Nazis. 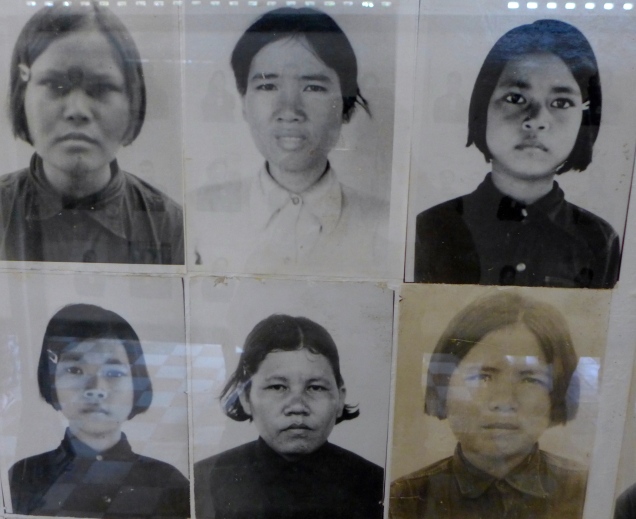 The bendable, metal clips that these girls use to pull back their bangs are just like the ones I had growing up. I have to keep reminding myself that these grainy black and white photos were taken less than 40 years ago. Below is the ‘chair’ used for procuring uniform photographs. 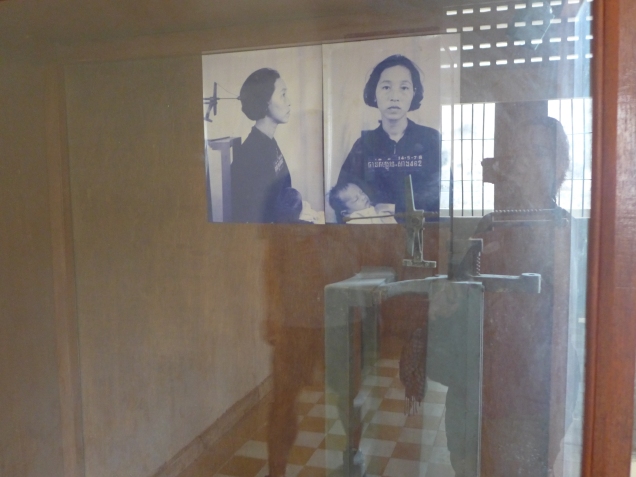 When the prison was liberated in 1979, a photograph was taken of the 12 people found alive that day.  Bou Meng and Chum Mey were two of the survivors who have written books about their experiences.  Chum Mey is also in a documentary on Tuol Sleng. (The tour guide is pointing to Bou Meng in the photo from that day.) 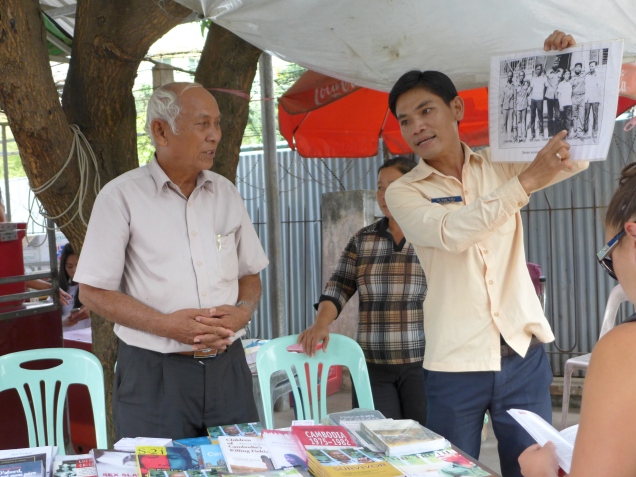 Both men were spared because of a certain skill they possessed that could help Pol Pot. Chum Mey was a highly skilled at repairing machines for the armed forces. Bou Meng was an artist, which normally would have marked him for immediate execution along with the scholars; but his artistic talents were used to produce Pol Pot’s likeness. Drawing propaganda posters of a tyrant kept him alive.

It is remarkable that he voluntarily comes back to the place where he was imprisoned. He comes  to tell tourists about Cambodia’s history and I got a bit misty-eyed when Bou handed me his book. A big fat tear rolled down my face as he leaned over to hug me.