When we last left you, Jessie and I were in Semuc Champey and I had taken a serious fall on some slippery stairs, nearly breaking my arm. Now, we were holding on for dear life in the back of a pick-up truck that was climbing up the 2-track, back to the tiny town of Lanquin. We were on the last leg of our journey, headed to Antigua. So was this D-bag tourist. Hungover BROS like this guy give Americans a bad name abroad. 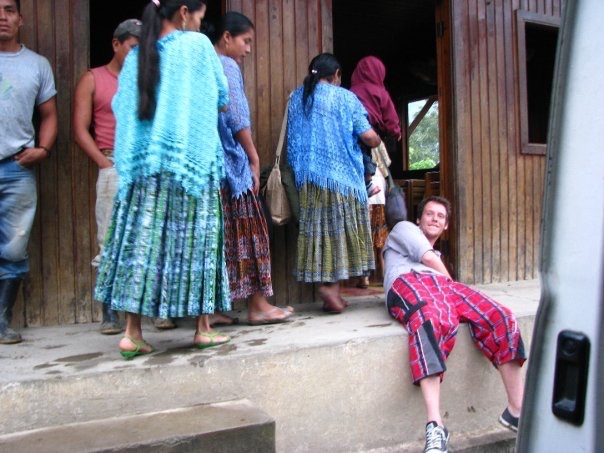 We finally made it to Antigua, home of the chromed-out ‘Chicken Bus’ and found our hostel. 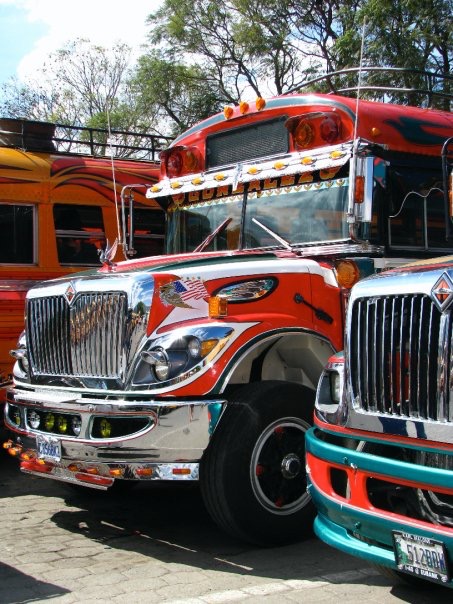 After getting settled in, we walked the streets of this UNESCO World Heritage Center. 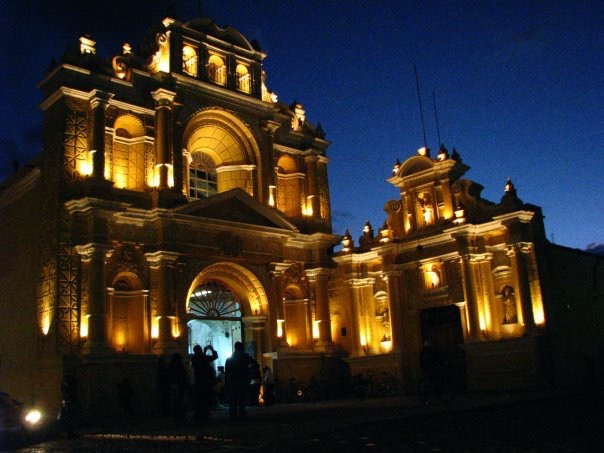 Angtigua’s lovely architecture seems to draw in the ex-pats… we immediately noticed that there was an overabundance of ‘things tourists like’ – we counted 12 coffee shops, a gym and a lovely town square with a fountain and trees full of twinkle lights. Loads of little girls tried to get tourists to buy crafts and postcards from them. (Ideally, you should never buy anything from a child when they should be in school.) 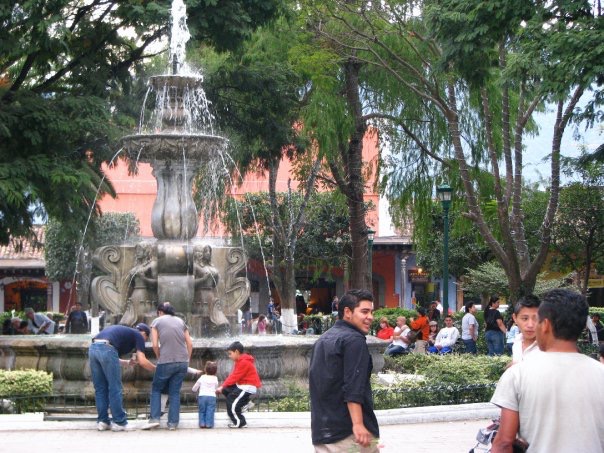 Upon closer inspection, the fountain is a bit…titillating. 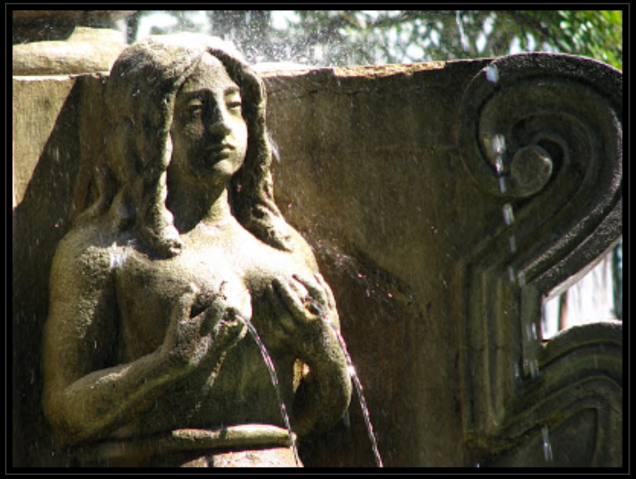 The fountain was built by Diego de Porres in 1738, who took his inspiration for the fountain from the Neptune Fountain in Bologna, Italy. Official, the fountain is named ‘Fuente de las Sirenas’ (Fountain of the Mermaids), but Jessie & I dubbed it, Our Lady of Perpetual Lactation. We are very clever. 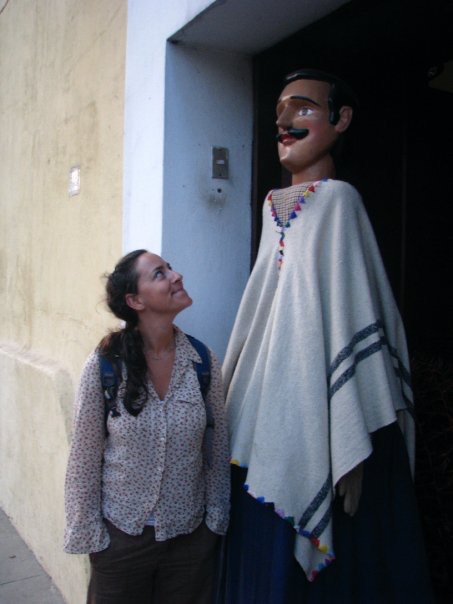 As we wander the town, we notice that there ALL the travel shops have placards advertising a guided hike up Pacaya, one of the 3 active volcanoes near town. We sign up and go buy marshmallows. The hike is long, hot and terrible. It leaves in the mid-afternoon so you arrive at dusk when the lava is most impressive. I trudge on, the crunch soil shifts and slides under my feet. I am so slow that they ask me 4 times, ‘Wouldn’t I rather ride a horse? Only $20!) 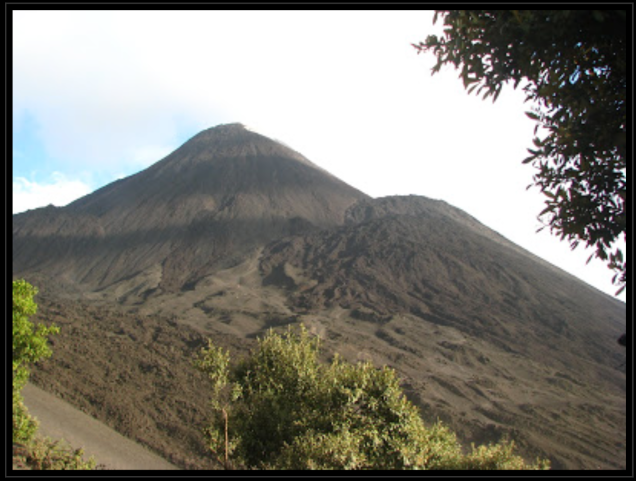 Finally, we reach a vast field of cooled lava, speckled with tourists- there is no defined path and I am so far behind that I don’t know how to get back to my guide. I see a guy step on a ledge of lava that crumbles and he falls, deeply scratching his palms and forearms. BAH! The guide has to come back and lead me by the hand over to the river of lava! It was seriously impressive as it slowly slid by in a wave of oppressive heat. We did indeed roast marshmallows on the lava flow! 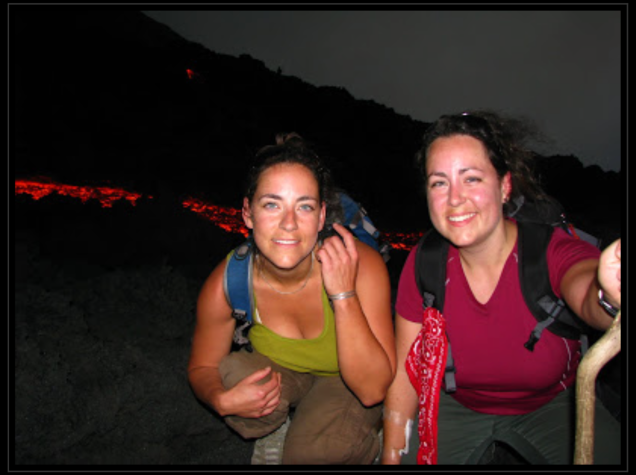 (I just realized that you can see my bandage on my inner forearm in the photo above. Also, I just took that wicking North Face t-shirt to SE Asia!)

The next day, we wander through a market, looking for fabrics and we happen upon the Chicken bus depot! We loved the buses all decked out with chrome and spinner hubcaps. 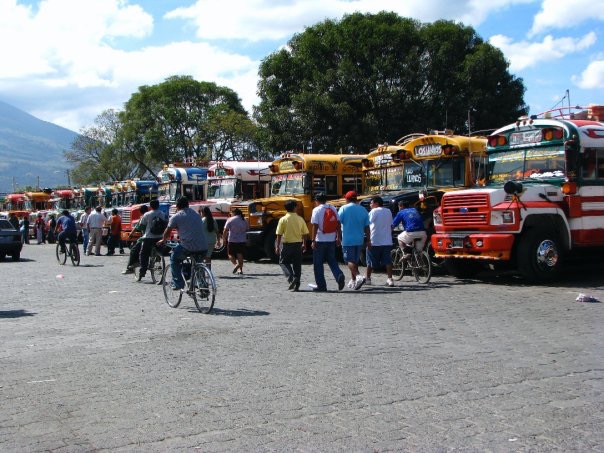 We also found a parade… 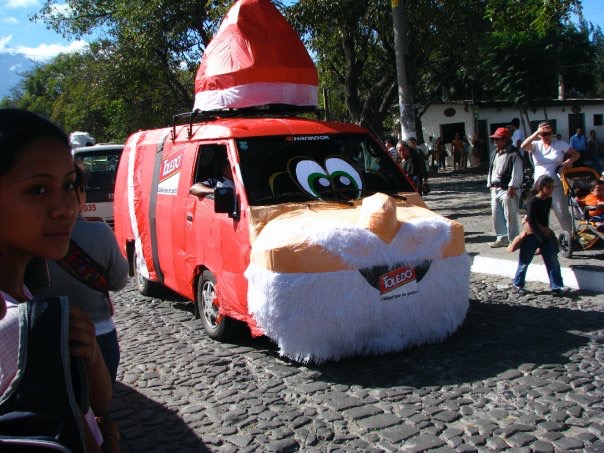 And later that day, there was a live nativity scene complete with wisemen on horseback and a live baby Jesus. 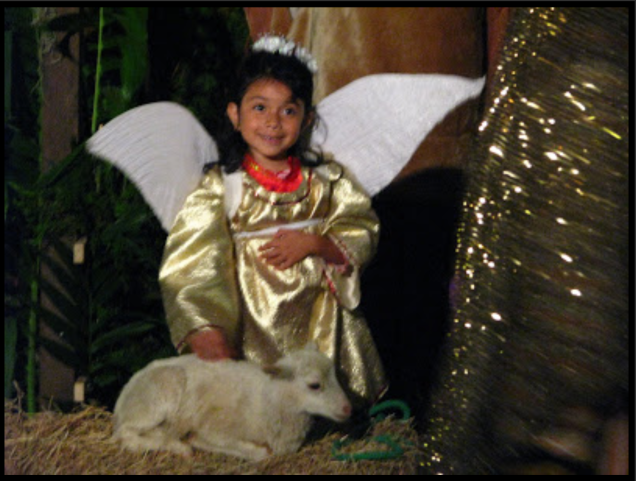 We randomly became part of a parade of kids dressed up like old people dancing through town. 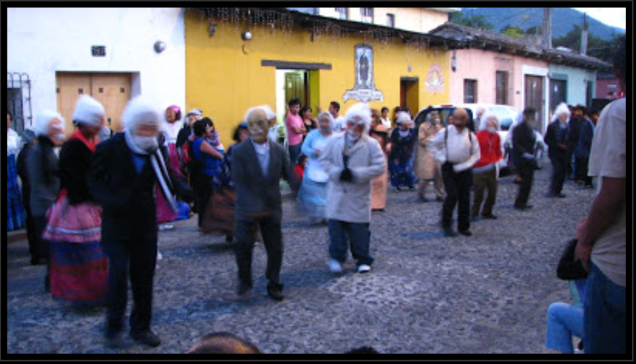 It’s Monday night and we’re mostly packed up and ready to head to the airport in the morning. We´ll be sure to post our favorite pictures when we get home ! (Like the photo of Jessie at the airport with a box of banana treats… that the worms got into. YUM!)   Instead, we’ll leave you with this sign. Thanks for joining us on our trip!