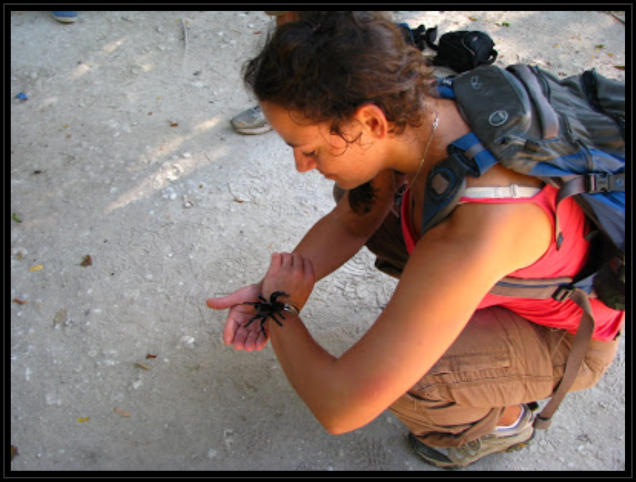 We part ways with our Glover’s crew and crossed the border on foot. We were welcomed into Guatemala by the falling ash of burnt trash falling from the sky. And all of a sudden we didn’t know how to talk to anyone! Luckily, that was last week and now our memories of Guatemala are much more fond. And our Spanish has improved… a bit. I never caught on that ‘nombre’ meant NAME because it sounded like NUMBER. I kept wondering why people were asking me for my number…

We caught a minibus to Flores, about 2.5 hrs from the border, a cute little town on an island. We arrived at night and after finding Los Amigos hostel was full, found Dona Goya.

We didn’t make plans for the morning because I was still feeling a bit under the weather. Instead we went back to Los Amigos to have smoothies for breakfast. Yumm. They still didn’t have room for us. We walked the town a bit but it was so, so hot.  Time to make new plans.

By lunch we had gotten antsy and decided to head off for Tikal, 1 hr shuttle ride from Flores.

We rented a tent with an air mattress for $10 each and dashed off into the park to see what we could see before it closed at 6pm. We found our way to the central plaza and climbed up the wooden staircase (you can’t climb any of the temples now) to watch the full moon rising over the Jaguar temple. 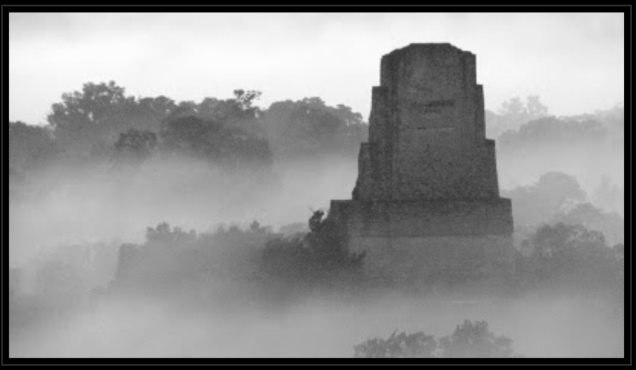 The only other person there was Fransisco, the night guard. For the past 12 years he has worked the 6pm-6am shift with 2 other guards. His English was as poor as our Spanish, but when he kept telling us we had lots of time, don’t leave yet- we relaxed an enjoyed the moonlight. Then when we should have been leaving, he motioned for us to follow him to Temple 4- the largest temple in Tikal. 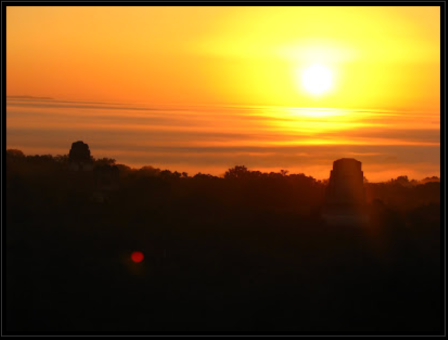 Our new guard friend took us up to the top of Temple 4, where we met Jerry and Mitchell from San Franciso. It was just the 5 of us, on top of this bazillion-year-old temple, watching the full moon rise. Whew. Amazing stuff. As Francisco lead us out of the park, he stopped us at the clearing of middle of the largest temples, the ‘town square’ and motioned for us to watch him. He brought his hands together in a LOUD CLAP, which proceeded to furiously bounce back and forth between the temples making a noise like a hi-speed zip-line! It was fantastic! Apparently, the buildings were carefully places so that announcements made by the priests, standing on the temples, would be amplified. 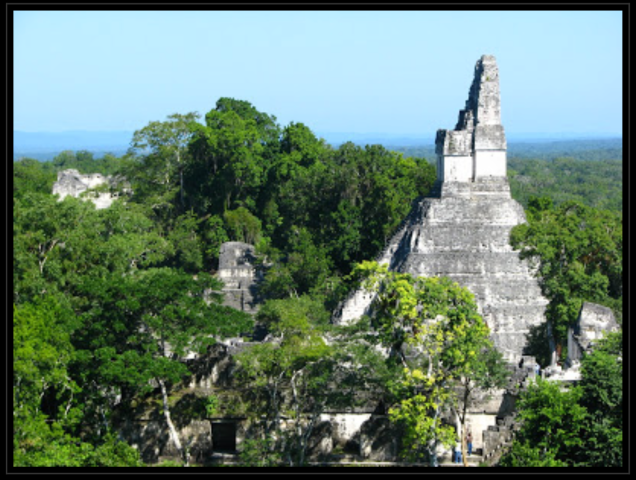 We headed back to our tent and were getting ready to go to bed without supper when our California gentlemen showed up and demanded we join them for dinner, their treat! We couldn’t turn them down and had a lovely time chatting about their birding and our travels. They were lovely! Off to bed now zzzz…..