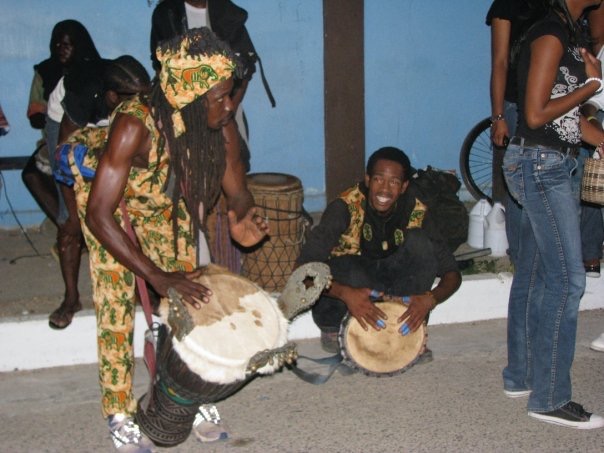 Wednesday night the drumming started at dusk. Since the 19th was a national holiday and no one had to work, they got started partying early. Everyone says hello and smiles and we end up sitting on the curb watching people dance in the street before we wander on. 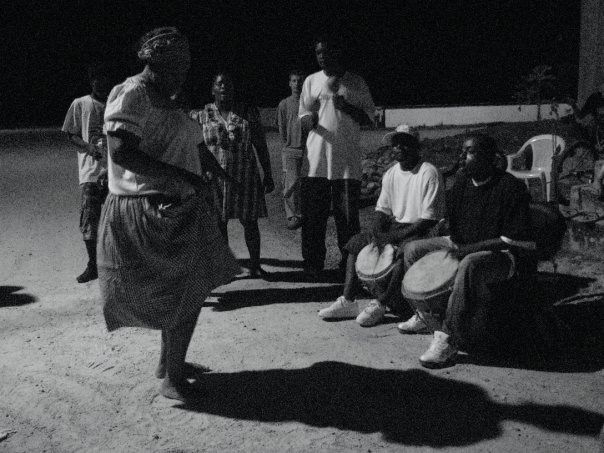 Dangriga had a great vibe – since even the locals were on holiday- not just us! 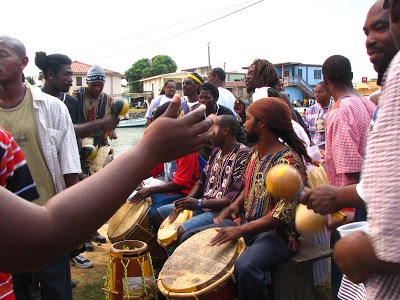 It gets dark at 5:30pm here too! It seems unfair to have so little light in the tropics, but it is keeping me from burning into a crisp. (Jessie has year-round Chaco tan-lines and a Vitamin D deficiency, so she’s loving the sun.) 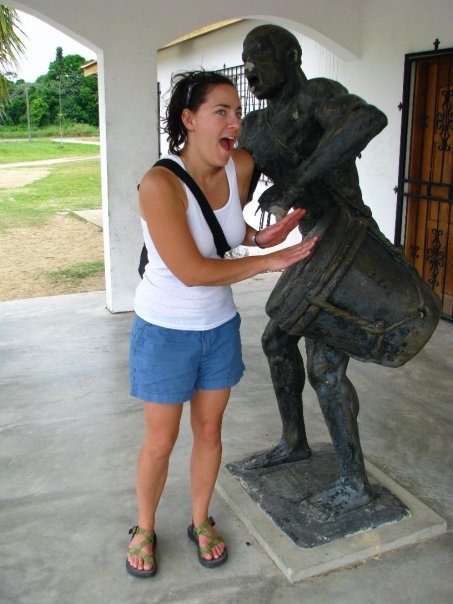 The locals kept insisting that we wouldn’t be needing our beds that night because the party goes on until sunrise. Jessie, Abby, Janelle (our new friends from Bend, Or) and I took a taxi out to Malibu beach and waited for the band to get started…at 11:30pm- no wonder the party goes until dawn. We played cards on the beach (We called it ‘Abby Always Wins!’ but it was basically UNO with a 52-card deck.) Janelle was really into arm wrestling every we met. She was good! 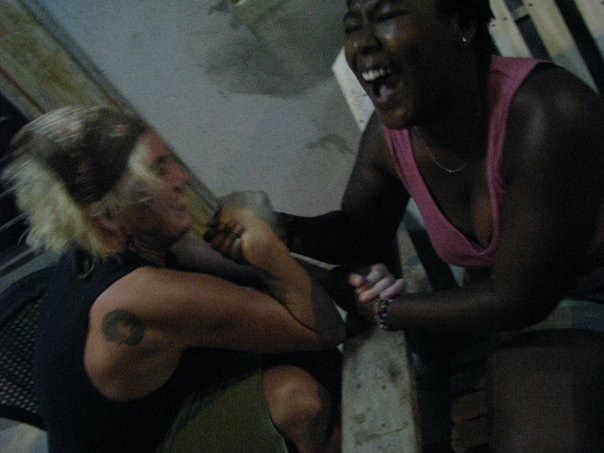 After a few attempts at dancing to ‘Diamond’s drumming, we headed back into town, a bit disappointed that the night was so low-key. The streets were still busy with drunken festivities as Jessie and I headed back to Val’s. We’d had enough Punta Rock (rap/reggae mix music and or lifestyle) for the night and the drumming outside our hostel would signal the beginning of Settlement day at sunrise.