Skip to content
11.30.2009
It’s time to leave the island and head back to mainland Belize. Jessie, Carol, Eric, Whitney, Leslie and I shared a taxi from Dangriga where the boat dropped us off to the cramped, hilly town of San Ignacio near the border of Guatemala($35pp).

It is low tourist season so we got hassled quite a bit but we found a get place to sign up for a cave tour. Mayawalk was so great. Owned by locals that have been doing tours for a long time. Many of the other places are owned my foreigners who constantly harassed us as we explored the city. Our guide, Martin was incredible. He was so knowledgable and passionate about the ATM.

The tour starts with a 45min walk through the jungle with a few river crossings. Martin tells us about the ATM or Actun Tunichil Muknal which has only been open to the public since 1998. It is significant because it was used by the Mayans for ritual sacrifices. 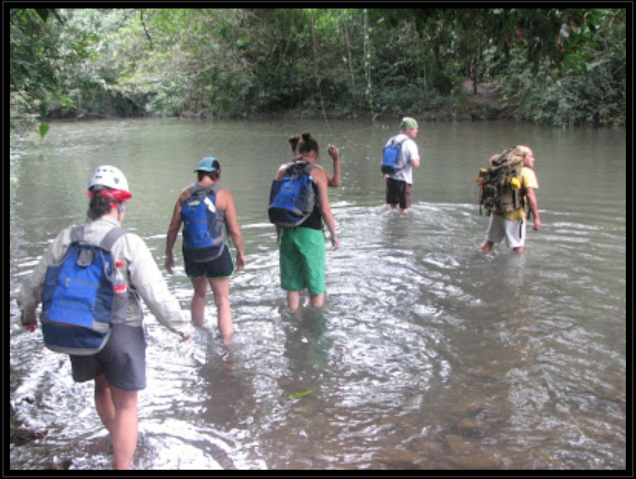 We entered the cave through this hourglass-shaped opening and immediately had to swim 45ft through a cool cave pool. As soon as we got away from the light Martin had us hold on to the person in front of us walk in complete darkness. At one point, Martin plays us a song by smacking his palms on a series of stalagtites.

There were all sorts of stalactites/mites and crystals in the rocks that made them sparkle in the light of your headlamp. 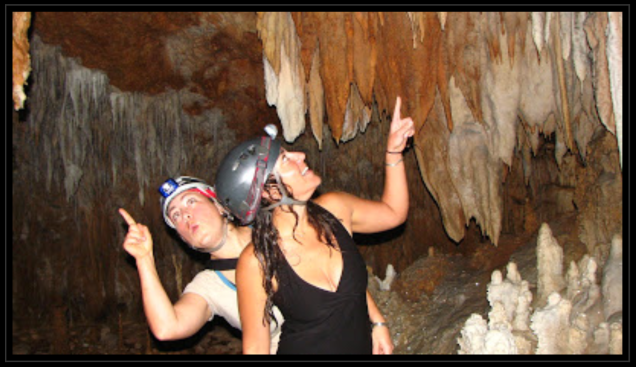 We eventually came to the end of the cave tour (the actual cave kept going).
We had walked a half mile into a mountain and were under 600ft of earth.

We hadn’t seen daylight for hours but Martin had a spotlight and would shine it on things so we could take photos. He also had to keep us from errantly stepping on a stray skull since they were only separated from us by lines of tape.

There were entire pots and shards everywhere. When the Mayans made sacrifices they would leave them in 3 different pots, all facing different directions.

Nothing was roped off so you had to be careful in the dark of where you stepped. We were required to wear only socks to help preserve this gently sloping area created by mineral deposits.

At the highest point in the cave we found the Crystal Maiden. Martin told us that he had lead tours for many anthropologists who have studied this cave and its well-preserved artifacts. This is a depiction of one of the Hero Twins who fought the Gods of the underworld and won! 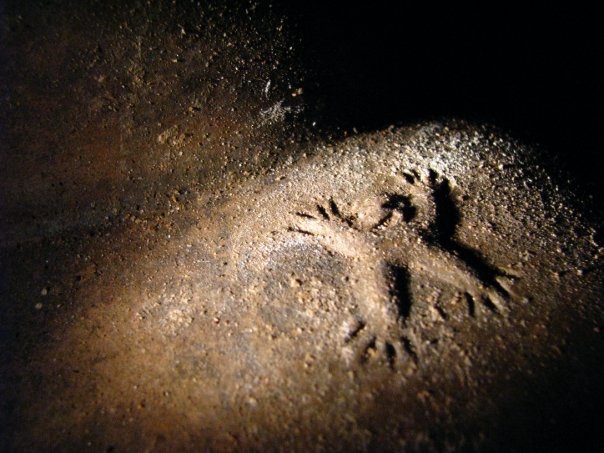 The anthropologists taught Martin that the maiden was a young teen female who had most likely been sacrificed to Chaac the Mayan god of rain. But, the rain didn’t come and the Mayans moved on.  Over the centuries as water ran over the bones it left sparkly calcite crystal deposits. 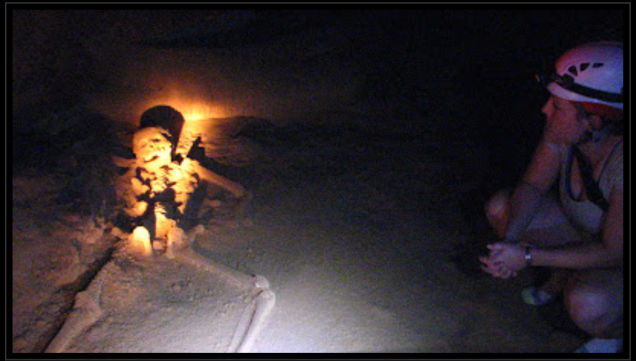 Time to hike back out. What an epic day!